VU Grad English Student on Nova Theater through the Years

VU Grad English student Ethan Shea blogs for Villanova's Falvey Memorial Library in connection with its 'Cat in the Stax' feature, and he has recently written a piece on Villanova's theater offerings through the years, in conjunction with the debut of a new production directed by Villanova's president, Father Peter Donohue, OSA PhD. You can check out the article here.

An excerpt from the article:

"To begin, the 1999 production of The Mystery of Edwin Drood was another mysterious musical directed by President Donohue. The photo below shows Demetrios Bonaros, Polly Donovan, Mark Gornto, John O’Conner, Susan Bolt, and Sara Macerelli in a scene from a performance of this show which ran from April 14 to May 2." 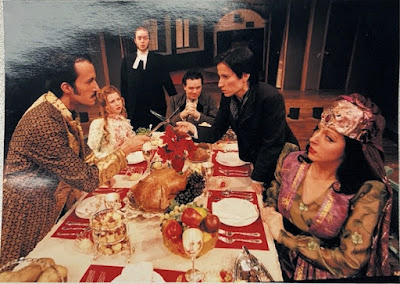